A home from home; choose the disabled access hotel that appeals to you the most. 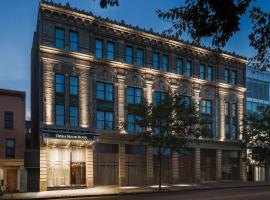 This sophisticated New York City hotel located in a historic building in the Bronx is 160 metres from the subway station. A daily continental breakfast is offered. Everything. The room was beautiful, clean , and so incredibly comfortable. Had our circumstances been different we would have preferred to stay much longer than one night. However, we were only passing through on a long layover from international travel. My children and I were so grateful for the staff. They were kind and accommodating as well as Courteous. The staff gave every reason for us to believe they truly cared if we ever wanted to come back. It was so comfortable at The Opera House, we 3 of us actually lost interest in exploring the city during our brief time in New York (this having been our first time ever to the city). Our reason for being there wasn't intentional. We were of the many travelers left stranded over seas by the discount airline WOW. After a long and emotional visit in the UK, for which we tended to affairs after the death of both my Mom and my Grandma, and less than a week before our return flight to the states, BBC news informed us that we no longer had a flight home. Several airlines were boasting "Rescue air fare for the stranded customers of WOW". After being told by multiple airlines, as soon as the very next morning, they had no more room for WOW customers or that they couldn't get us close to our home state of Michigan, American Airlines came through. They offered to get us on a direct flight to JFK New York, and then found a flight to Detroit out of La Guardia leaving the next day. If not for American Airlines we might still be in the UK, waiting for the time to run out so they might just deport us, (US Embassy offered to confiscate our passports and put us in serious debt to the government to get us home, I chose option ANYTHING ELSE). Needless to say, when we finally arrived in New York, we were tired but also curious and ready to take advantage of the half a day of sunlight to check out the Bronx, having agreed to just let this one day be our us day with no drama.

Residence Inn by Marriott The Bronx at Metro Centrum Atrium is located in The Bronx. Free WiFi access is available. Private bathroom also comes with a shower. It was very clean and comfortable everything you need was in the room 1st time there and I was very happy 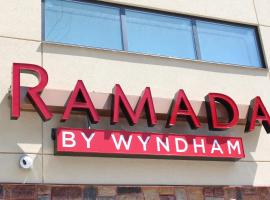 Set within 8 km of Bronx Zoo and 11 km of Woodlawn Cemetery, Ramada by Wyndham Bronx Terminal offers rooms with air conditioning and a private bathroom in Bronx. Clean, convenient location close to everything. Staff was amazing and welcoming. 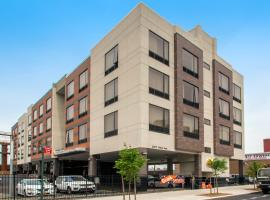 Located in Bronx, The Comfort Inn & Suites near Stadium offers complimentary WiFi. The Yankee Stadium is 2.5 km from the property while Bronx Zoo is 6 km away. It’s very quiet nice and the front desk is very nice and respectful Located just off Interstate 95 in the Bronx, this hotel is just 11 km from the Bronx Zoo and the New York Botanical Garden. It offers guests free WiFi access. The fact that I left my wallet and they called right away and returned it. The customer service was great 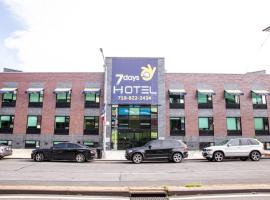 Well situated in the East Bronx district of Bronx, 7 Days Hotel is set 7 km from Bronx Zoo, 10 km from Woodlawn Cemetery and 14 km from Wave Hill. I happen to like the location ,staff and cleanliness of the place. Transportation is near to wherever you want to go. Parking on premises and in the area. Quiet accommodations. 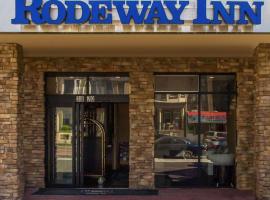 The Rodeway Inn Bronx Zoo is located 22.7 km to Manhattan. Offering easy access to the New York Botanical Garden (NYBG), which occupies 250 acres, 40 of which are pre-settlement forest. The. Place was. Quiet. And clean Also. The. Desk. Services. Was quite helpful