A home away from home; choose the disabled access hotel that appeals to you the most.

Check out our pick of great accessible hotels in Junín 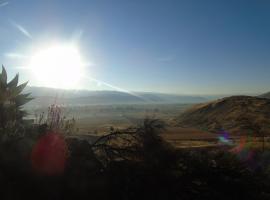 Set in Jauja, 44 km from Huancayo, Pousada Villa Huaripampa offers free bikes and free WiFi. The country house offers a continental or à la carte breakfast. I’ve never seen a host as gracious as Moises! It seemed he gave me the best he could possibly offer anyone! I had spent the day FREEZING on a long drive up through the mountains and when I got to the hostel and found there wasn’t any space heaters, he brought me the fluffiest, softest, warmest blanket I’ve ever seen - even in the United States! (Even though my bed already had one of those lovely blankets on it already.) Then he brought me hot coca tea and a thermos of extra water so I could have as much as I wanted and a wifi extender so I could enjoy the wifi better. The next morning he had fruit and a pancake there and I assumed that was all there was for breakfast but then he brought 2 rolls with cheese sliced in them and then eggs a little bit after! He had what looked like hot chocolate but it was coffee with fluffy cream in it. I don’t drink coffee but it seriously looked yummy. And he is a kindred spirit! He loves plants, rocks and fossils so we had a good time talking. He seemed to miss the fact that more tourists aren’t coming through, not because he missed the money but rather he seems to really enjoy interacting with everyone. I just felt he was the most giving person I’ve ever met and if you want to be near the Jauja airport (middle of nowhere) rather than an hour or more from the airport in Huancayo, then definitely this is the place to stay!! 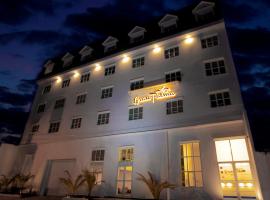 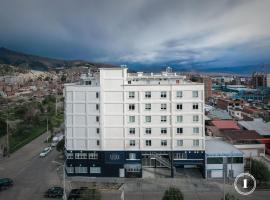 Situated in Huancayo, 2 km from Estadio Huancayo, Hotel Unu features accommodation with a shared lounge and free private parking. This 4-star hotel offers a tour desk and luggage storage space. The bathrooms were super clean, even more than all 5 star hotels I've beem in. The staff was extremely gentle in the breakfast and dinner, which was delicious, as well as at front desk. I forgot my credit card and they emailed me as soon as they notice that, so I could pick it up promptly. 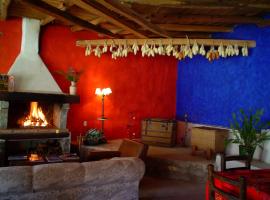 Featuring a restaurant, Hotel Presidente Huancayo offers accommodations in Huancayo. Free WiFi access is available. The city's main square is 400 metres away. The breakfast was excellent, it was fresh and prepared just for us. The pillows, towels, and shower were really great. We had room service to watch the Super Bowl, it was delivered in about 20 minutes and was very good.