Recommended for you near Logan Airport BOS This AAA Four Diamond hotel is connected to Logan International Airport via a skybridge and is the only Boston hotel directly connected to Terminals A & E. Check-in support was excellent and friendly. 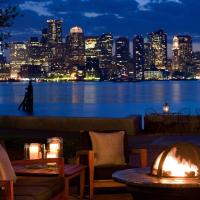 Located at the Logan International Airport, this Hyatt with soundproofed rooms offers a free transfer to the airport terminals and is 4 miles from the Boston Common and the Freedom Trail. The absolutely perfect airport hotel, city view rooms were a dream to stay in, restaurant downstairs was high quality and great to eat in, rooms were spacious and very comfortable, this is my new go to for BOS airport Providing free shuttle service to Logan International Airport and situated close to Boston's main attractions, this all-suite hotel offers a complimentary grab-and-go breakfast. The rooms and bathroom are huge! The bed is very comfortable. The hotel is very close to the airport and provides a free shuttle bus 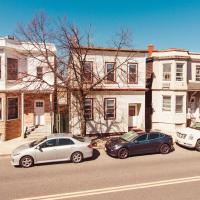 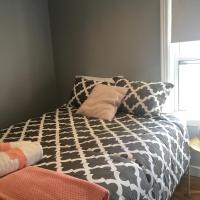 Set 2.7 km from Constitution Beach in Boston, Clean Comfy Centrally Located Private Room offers accommodation with air conditioning and free WiFi. I liked the location, very close of Maverick T Station, and the cleaning of the house at all. 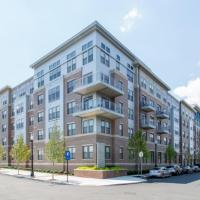 Global Luxury Suites East Boston provides an indoor swimming pool and a fitness room, as well as air-conditioned accommodation with free WiFi in Boston, 3 km from Constitution Beach. Location excellent for East Boston and close to a T station 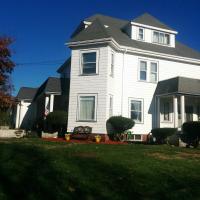 Château sur Mer (Castle by the Sea) is a bed and breakfast located in Winthrop in the Massachusetts Region, 6 km from Boston. Close to airport but in residential area Located 4.5 km from Logan International Airport, this hotel provides free shuttle service to/from the airport and a gym. Guest rooms offer a cable TV and free Wi-Fi access. Free shuttle service from and return to airport as well as to and from Metro Airport T stop 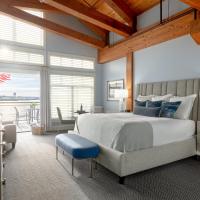 This waterfront inn boasts an on-site marina that is filled with boats during the summer season. All rooms feature free Wi-Fi, a flat-screen TV, and views of the harbor or city. Very good location in the heart of Boston. The hotel itself and its rooms are elegant and very unique, tall, wooden ceilings, wonderful bathroom, and unobstructed views of the harbor and waters. Small, unusual, welcoming hotel with a great service and staff. 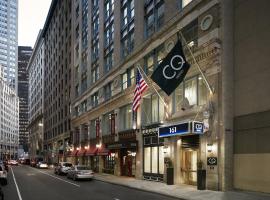 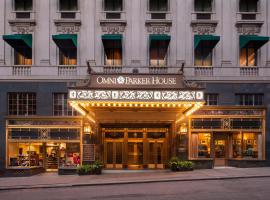 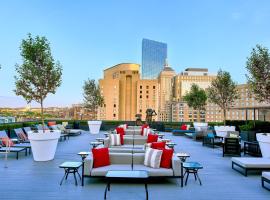 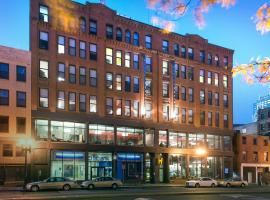 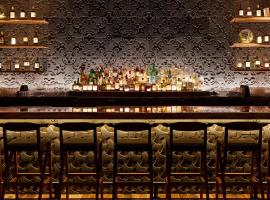 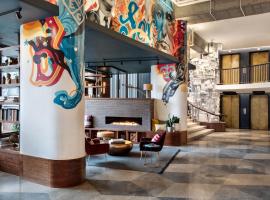 This hotel is 1 km away from Boston Common and Faneuil Hall. It offers an on-site spa and fitness centre and various dining options. Fantastic room and bed. Great lounge. Helpful staff.

Located 170 metres away from Post Office Square in Boston's Financial District, this hotel is 550 metres away from the Orpheum Theater. Nice location the staff is very nice next time I’m come back too the same thanks for everything Attractively located in the Waterfront district of Boston, Hampton Inn by Hilton Boston Seaport is situated 1.6 km from M Street Beach, 700 metres from Boston Convention Exhibitors Center and 2.1 km... I enjoyed EVERYTHING about this hotel. It is new and it shows so thats great. The decor is amazing. 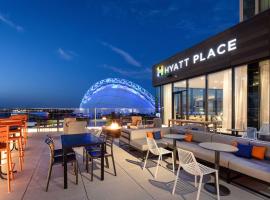 Located in Boston, 1.9 km from M Street Beach, Hyatt Place Boston/Seaport District provides accommodation with a restaurant, private parking, a fitness centre and a terrace. We had an excellent time staying at Hyatt Place in Seaport, Boston.

Courtyard Boston Downtown/North Station is set in Boston, a 2-minute walk from Boston North Station and TD Garden, home of the Boston Celtics and Boston Bruins. The staffs were very kind and helpful.

This Boston hotel is located on Long Wharf and is 2 blocks from the New England Aquarium. It offers a gym an indoor pool and 18,049 square feet of event space. The location by the waterfront was good and it was easy to walk everywhere in Boston. Ideally located in the heart of Boston, Massachusetts, and 4.4 km from Logan International Airport, accommodations, service and internet entertainment platform amenities such as Netflix and Hulu await... The staff were friendly and very helpful.

Just 5 miles (8 kilometres) from the city, Boston Logan International Airport is the main hub for New England. Downtown Boston can be reached by the free Silver Line bus line to South Station between 05:30 and 00:30. The blue metro line (open 06:00 until 00:30) connects you to the orange line at State Street. Fancy a more scenic route? The commuter ferry runs from Long Wharf to the airport in ten minutes, departing around every 30 minutes from 06:45 until 20:15.

There’s a small selection of hotels close to the terminals and harbour, but most can be found across the water in the Financial District and North End. In the airport, you’ll find plenty of dining options, including Legal Sea Foods’ tasty New England delights. There’s free WiFi, shops, currency exchange and a mini-spa.

There are four terminals (A, B, C and E) and a free shuttle every 5–6 minutes that runs between them, as well to the ‘Airport’ subway stop. If you’re catching a connecting flight you’ll need to pass through immigration, and a passport, visa or ESTA may be necessary.