Enter your dates and choose from 12,594 hotels and other places to stay!

Explore and find hotels in Belgium

Situated in the middle of Western Europe, Belgium combines magnificent countryside with a wealth of culture, comfort food and charming medieval towns. At the heart of everything is Brussels. Despite being the headquarters of the European Union, the city has retained its own unique culture. Awe-inspiring architecture includes the Grand Palace, Gothic town hall and Laeken Castle – the official residence of the Belgian royals. Bruges is one of the most popular cities to visit outside the capital. Most of its 14th-century architecture is still intact, giving you the sense you’ve somehow travelled back in time. Ghent is also rich in medieval monuments and is less busier than Bruges in the peak seasons. Antwerp, the Diamond Capital of the World, is also renowned for nightlife, fashion and art scene. Brussels caters for many of the EU’s bureaucrats, so while there are a number of lavish hotels available, prices may spike if there’s a big event going on. All of the major cities have a wide selection of accommodation including hostels, apartments and hotels. 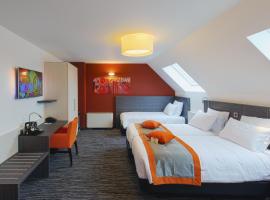 Offering an à la carte restaurant and a bar, Orange Hotel La Louvière is located in La Louvière within a 5-minute drive from the nearest E19/E42 Motorway Exit. The staff were friendly and couldn't do enough for you. The bed was comfortable and the room was everything you would expect. 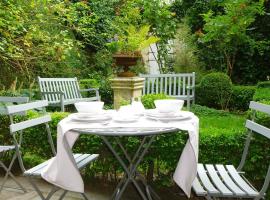 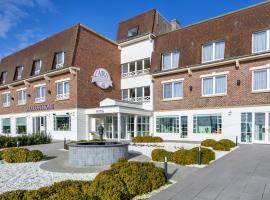 Located less than 2 km from the beaches of the North Sea, the Ara Dune Hotel offers a restaurant, an indoor children’s playground and an on-site shop. The room, the restaurant. Playroom for the kids. 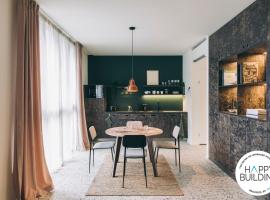 YUST Antwerp has a restaurant, bar, a shared lounge and garden in Antwerp. Boasting a shared kitchen, this property also provides guests with a terrace. Great hostel, nice facilities and kind staffs. Can not be better. They have a rooftop that have a great view. 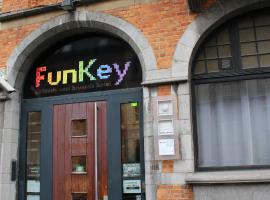 Set in Brussels, 2.5 km from European Parliament, FunKey Hotel offers accommodation with a shared lounge, free private parking and a garden. the overall environment, the way we were introduced to the hotel, the free snacks , eatables, drinks, tea n coffee and fruits available round the clock, the bright colorful environment. amazing experience 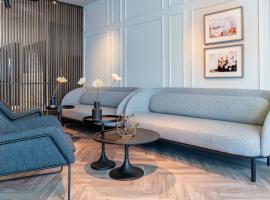 The four-star Pillows City Hotel Brussels Centre is located in the centre of Brussels, only 100 metres from Brussels Central Station and the St Michael & St Gudule Cathedral. From the staff to the room.it was pefection!very clean , comfortable bed ,modern and many other things.if u wanna go to Brussels dont MiSS this HOtel.highly recommend!! 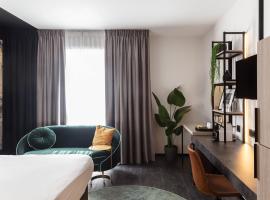 Ariane is a family-run hotel offering modern rooms including a buffet-style breakfast, a 7-minute walk from Ypres' historical centre with the Menin Gate and the In Flanders Fields Museum. The hotel is modern and beautifully decorated, especially the rooms. The hotel is perfectly situated within walking distance to the town centre, where there are many restaurants and things to see. The bed was very comfortable! 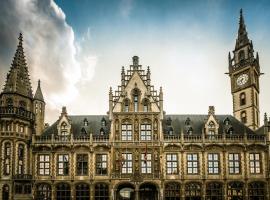 Boutique hotel 1898 The Post offers accommodation in an iconic, historical building in the heart of Ghent. It is situated in the former post office. The bed is great, the shower is fantastic, the service is friendly and the location is sublime. It was the perfect hotel for a weekend of sightseeing and relaxation. 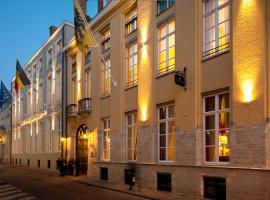 Grand Hotel Casselbergh offers historic features and modern facilities in Bruges, 270 metres from the Grote Markt. Perfect location in the hart of the centre 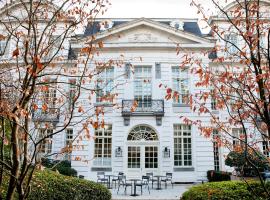 Pillows Grand Boutique Hotel Reylof Ghent renovated rooms and public areas in October 2018. The hotel is situated in Gent, only 500 metres from the historical city centre. The hotel was just flawless. They had thought of every detail. The staff were so friendly. We had a wonderful stay. 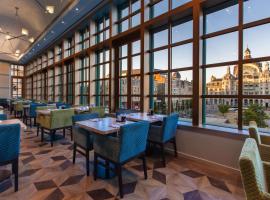 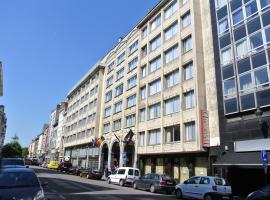 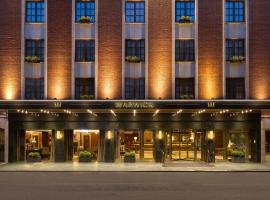 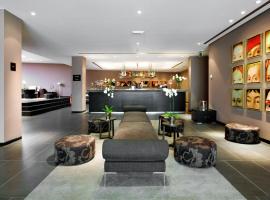 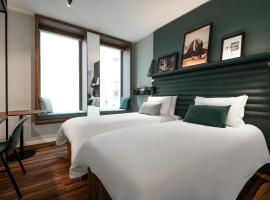 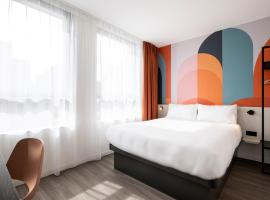