Enter your dates and choose from 66,299 hotels and other places to stay!

Explore and find hotels in Greece

Arguably one of the most history and heritage-rich countries in the world, Greece has a legacy few can match. It’s the birthplace of the Olympic Games, democracy and Western philosophy, as well as being home to more than 2,000 islands and over 14,000 km of coastline. Mainland Greece may not have the holiday appeal as the iconic archipelagos, but that’s not to say you should ignore to explore. Athens, the ancient capital, is home to stunning sights such as The Acropolis and Ancient Agora, while Thessaloniki caters for both nightlife and beachfront vibes. Picking just one Greek island to visit is pretty much impossible, so island-hopping trips are the way to go. Each offers something different, whether it’s food (Crete), nightlife (Kos, Corfu, Mykonos, Rhodes), dramatic views (Santorini) or beaches (Zakynthos). Greek cuisine is second to none, with dishes include feta, fresh fish and anise-flavoured aperitif Ouzo served in every bar and restaurant. Accommodations of all kinds can be found throughout Greece, including beachside resorts, secluded villas and city-centre hotels. Well set in the Athens City Centre district of Athens, BED in Athens is located 300 metres from Monastiraki Square, 700 metres from Ancient Agora of Athens and 1.6 km from Ermou Street-Shopping Area. If you are going to Athens THIS is the place to stay! The staff is sooo nice! Always with a smile and ready to help. The location is UNBEATABLE is right in the middle of the nicest neighborhood in Athens. You just walk 50mts and are immediately surrounded by dozens and dozens of VERY nice bars and restaurants. No noise at all during the night. The place is 250mts from the Metro to the airport so that is a huge plus. If we go back to Athens this is were we will stay. 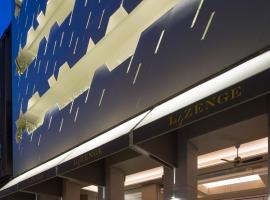 Set in the high-end Kolonaki area of Athens, just steps from designer's shops, Hotel Lozenge offers rooms and suites with free WiFi access. Very polite staff. Many thanks about the support we received by solving our personal issue. 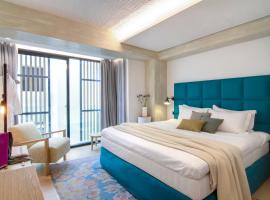 Situated in Athens and with Museum of Cycladic Art reachable within 600 metres, COCO-MAT Athens Jumelle features express check-in and check-out, allergy-free rooms, a bar, free WiFi throughout the... Close to Kolwnaki and all the boutiques and restaurants. Very close to metro station! 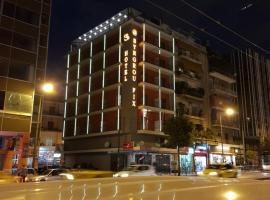 Ideally located in the heart of Athens, just steps from the hip bars and restaurants of Koukaki, Hotel @Syngrou Fix offers modernly decorated rooms with free WiFi access. I loved the super comfortable bed, the modern design of the hotel and the wonderful free breakfast provided. The front desk staff and staff stocking the breakfast were very friendly and hardworking. 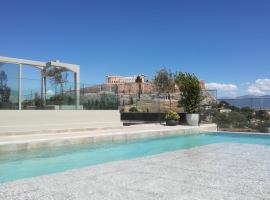 Coco-mat Athens BC features a restaurant, seasonal outdoor swimming pool, a fitness centre and bar in Athens. A spa centre and a car rental service are available for guests. Perfect stay from welcome at Taxi till the ‚see you soon‘ when we leave! The views are amazing and you can find everything you need around the corner. Perfect for short visits, but also for Wellnessholiday (indoor- and outdoor rooftop pool) 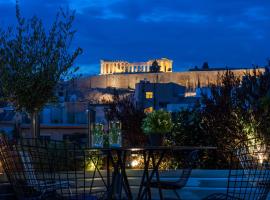 Centrally located in Athens, just a 6-minute walk from the Acropolis Museum, the brand new B4B Athens Signature Hotel, owned by B for Boutique Hotels, features an on-site bar. A very notable place to stay when it comes to value/quality. Usually hotels of same quality in Athens are much expensive. Located just few minutes from Acropolis metro station, the hotel offers warm service, clean rooms and notable breakfast. 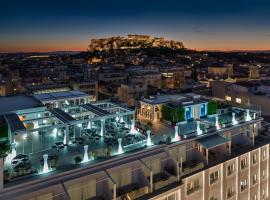 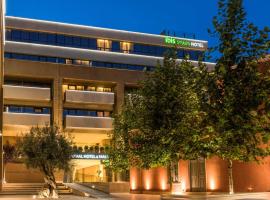 Enjoying a privileged location in the heart of Heraklion Town, Ibis Styles Heraklion Central by Accor is just a short stroll from major touristic sights and lively areas of the town. Very Warm atention at frontdesk Excelent breakfast Set in Thessaloníki, an 8-minute walk from Church of Agios Dimitrios, Antigon Urban Chic Hotel has rooms with free WiFi access. The property is 700 metres from the city heart. Breakfast was great. Excellent staff. Excellent service. 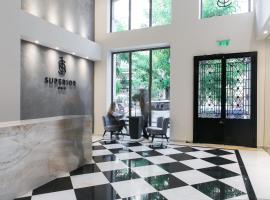 Set in a neoclassical building, Superior One Boutique Hotel is centrally situated in Thessaloniki. It offers elegant rooms with free WiFi and balcony with city views. The staff was really AMAZING. Friendly, polite, willing and able to help, many thanks to them, especially to Danai and Stela for the great service that both of them offered us. Will definitely choose again this hotel. 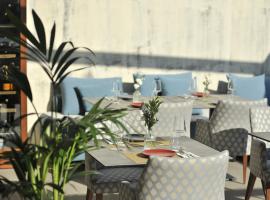 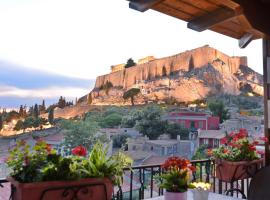 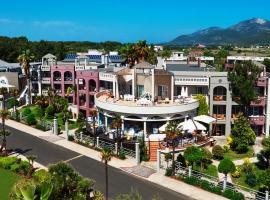 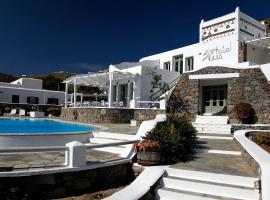 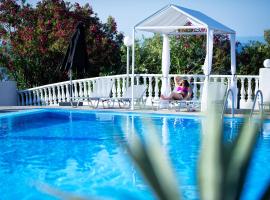 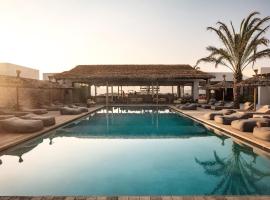 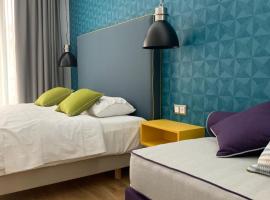 « »
Close calendar
To provide you with the best experience, this website uses its own and third-party cookies for technical, analytical and marketing purposes. By continuing to browse our site, you are agreeing to our use of cookies. Please consult our cookie notice for more information. Close
gogless
1119020,1099630,1081120,1113740