Enter your dates and choose from 108,277 hotels and other places to stay!

Explore and find hotels in Croatia

Perched between the Balkans and central Europe, Croatia possesses a hoard of historic coastal towns and unspoilt islands. Whether you’re after a lazy day at the beach or a wild weekend at a niche festival, Croatia has got you covered. The country’s continental side showcases some stunning examples of its heritage, from the preserved walled city of Dubrovnik, to the Roman ruins of Split and Pula. Zagreb, the vibrant capital, is a cocktail of culture, architecture and cuisine. Spend a day exploring the museums, galleries and restaurants and you’ll never run out of things to do. The southern Dalmatian islands are home to some of the country’s most idyllic beaches and charming towns. Boat over to Brač to explore its pointed stretch of sand at Zlatni Rat beach – a magnet for kite surfers. Further south you’ll discover the bold and beautiful architecture of Hvar, and the medieval wonder of Korčula. Croatia is fast becoming one of the most popular festival destinations in mainland Europe, with a wide selection big name DJs, pop and rock acts, and electronic artists performing in various parts of the country each year. Apartments and guest houses are found in abundance throughout the country, as well as hotels to suit all budgets. For something a bit unorthodox, you can book a stay in a variety of abandoned lighthouses in the open sea. 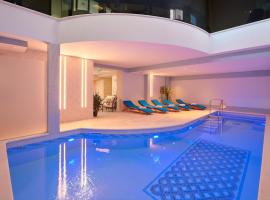 Hotel Cvita in Split has 4-star accommodation with an outdoor swimming pool, a fitness centre and a spa & wellness centre. Among the various facilities are a garden and a terrace. The staff was friendly at all times and gave consistently good recommendations of activities and locations. 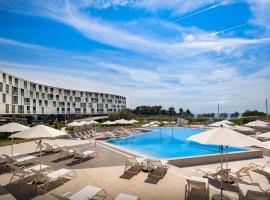 Located on a green peninsula, only 50 metres from the sea, Amarin Hotel features a Wellness and Spa zone. There are 4 restaurants with special menus for children. It was wonderful for us Because We have a toddler! The hotel was made for strollers The all inclusive food was amazing and We have Been travelling Many times But Croatia suprised us The hotel was situated next to the sea, and the hotel had pool for us and baby pool Which was heated The staff was so wonderful, always greeting us and making us feel comfortable Situated in Zagreb, 2.2 km from Ban Jelacic Square, Hilton Garden Inn Zagreb - Radnička features accommodation with a fitness centre, private parking and a bar. Room was clean and very well furnished. Bed and pillows are very comfortable. Hotel by him self is new and everything worked almost perfect. Room service 👍👍 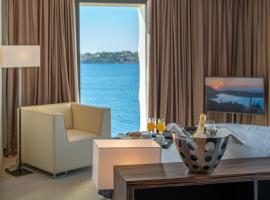 Enjoying a privileged seafront location in central Šibenik, Bellevue Superior City Hotel offers modernly furnished rooms, each with splendid views of the sea or the city. The Hotel Bellevue is based in an excellent location. We booked 2 rooms and both of them had a wonderfull view on the Adriatic Sea. Very clean, very modern, very comfortable, with a delicious breakfast. They have a very profesional staff. It is certanely the best hotel in Sibenik. It is sure that we will come again to Bellevue Superior City Hotel in Sibenik ! 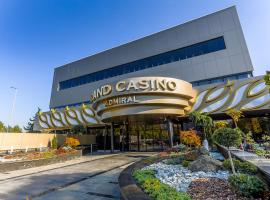 Set in Zagreb, Admiral Hotel has a casino, a restaurant and a bar with a terrace. Free WiFi is available throughout the property. 5 star quality for 4-star prices. The room was an amazing size, it's beauty and comfort allows you to relax in style. The restaurants food, no matter what you order is delicious and serving size is enough to take away a fair sized snack safely packaged. ALL the employees were like a friendly family member who is always spoiling you, making life more enjoyable 😉 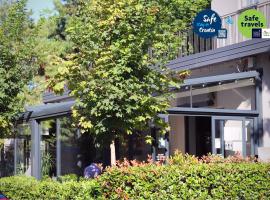 Set 600 metres from Zagreb Main Bus Station, The Loop Hotel offers free on-site parking and free WiFi access. The distance to the Zagreb city centre is 2 km. Everything was excellent. The reception staff were very helpful & pleasant. The room was excellent. The breakfast was wonderful. 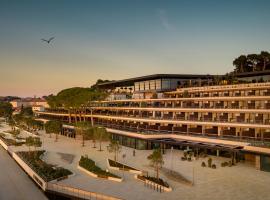 Offering views of Rovinj Old Town, the nearby islands and Adriatic Sea, Grand Park Hotel features a wellness and spa centre, outdoor swimming pool and a marina next to the Mulini Beach. Everyting!!!!!!!!! the bar stuff was amazing!!! 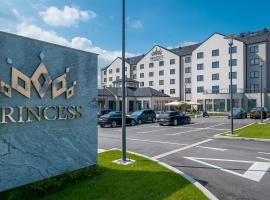 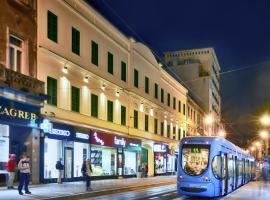 Just 800 metres from the Main Square, Hotel Park 45 is set in Zagreb and offers rooms with private bathrooms and a shared lounge area. The staff was very pleasant and the room was very clean and spacious. Also the breakfast was very good and we had many options to chose from! All in all a great experience! 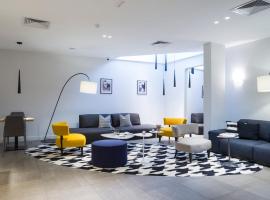 Only 700 metres from the Main Bus Station, Livris Hotel offers modern-style accommodation in Zagreb. Guests can enjoy the on-site bar and a common lounge area. Zagreb Main Square is 5 tram stops away.... The breakfast was really good 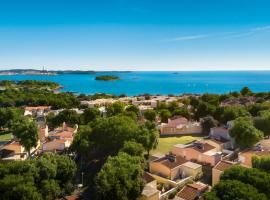 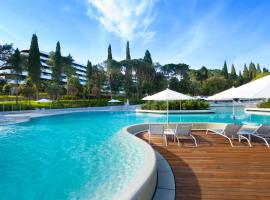 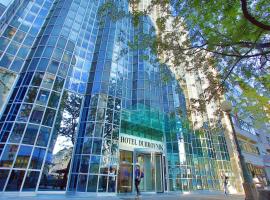 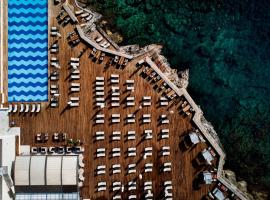 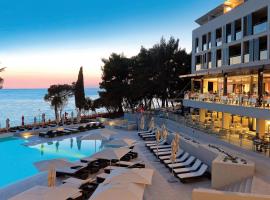 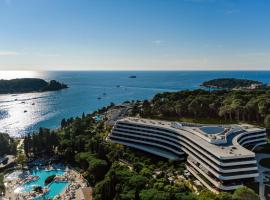