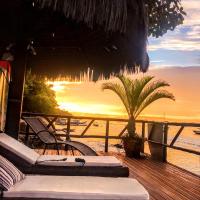 Set in Praia de Araçatiba, Mar da Lua provides an outdoor swimming pool. Offering a restaurant, the property also has a shared lounge and a bar. Staff is very helpful. It's a beautiful area quite and safe. Would go back in a heartbeat. 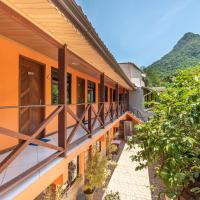 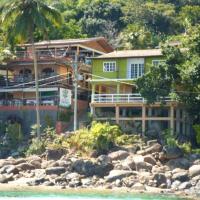 Located in Praia de Araçatiba, 1.1 km from Araçatibinha Beach, Pousada Cibeles provides air-conditioned rooms with free WiFi. The hotel features family rooms. Wonderful time at this beautiful pousada. Great breakfast, amazing view from the patio which is a great area to relax, comfortable and clean rooms which were cleaned every day. The area is very relaxing and quiet with some lovely restaurants with delicious food. Thank you to the wonderful pousada owner Luiz who made sure we had a great time! Will hopefully be back here soon. 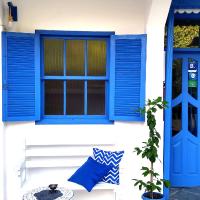 Situated in Abraão and with Abraaozinho Beach reachable within 1.8 km, Pousada Costa Verde features a tour desk, allergy-free rooms, a shared lounge, free WiFi throughout the property and a garden. Ricardo could not have been nicer and very accommodating. He provide us with plenty of information and was great company also. We thoroughly enjoyed our time here and would definitely stay again. Perfect location just a few minutes walk from the main part of Abrao. 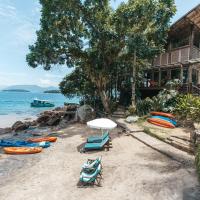 Located on Praia Pequena da Freguesia de Santana beach, this guest house is surrounded by rich Atlantic Forest. It offers a rustic-style restaurant and bar, outdoor pool and hot tub. I couldn’t like more this pousada, the rooms are very comfortable, AC works very good, everything we needed was just one question away. The food in the restaurant is delicious, at first we were concerned with the others review about the food but we were pleasantly surprised with every meal. Looking forward to be back in this paradise :)) 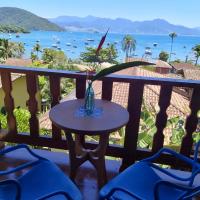 Set on the beachfront in Abraão and boasting a garden, Pousada Bela Vista has free WiFi throughout the property. All rooms boast a flat-screen TV with cable channels and a private bathroom. 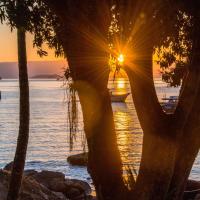 Set in Praia do Bananal, Fauna features a bar, shared lounge, garden, and free WiFi. The guest house offers garden views, a barbecue and a 24-hour front desk. I loved everything about our stay! Natalia is an amazing host, super friendly, and she also cooks great! The room was super clean, well equipped. the location is perfect if you want to escape the city, noise, or other tourists. There are lots of hiking opportunities around, small beautiful beaches, snorkeling.. 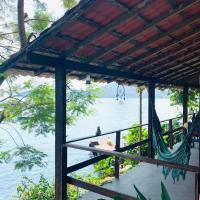 Living Saracura in Praia de Araçatiba provides adults-only accommodation with a shared lounge, a garden and a terrace. Each room includes a patio with garden views and free WiFi. We loved our stay at canto da saracura. They have their own deck where the boat from Angra stops by which is very convenient if you have luggage. Maria Luísa is such a lovely host, she gave us a very warm welcome to ilha grande and prepared a super delicious and fresh breakfast for us in the morning. The place has a deck with a great view to the sea and it is surrounded by beautiful nature. 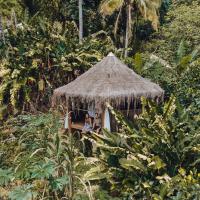 Offering scenic views of the nature, Jungle Lodge is situated in Ilha Grande, just 1 km from Abraão Beach and 150 km from Rio de Janeiro. A must try! - quiet and nicely styled lodge in the middle of the jungle with stunning view over the village. The walk uphill is (maybe) not for everyone but worth the effort. Victor and his team are very kind and helpful - grilled fish is definitely worth trying! Totally recommend for a unique experience in ilha grande 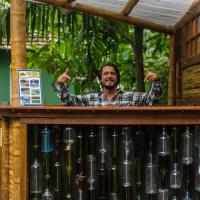 Featuring a garden, Mambembe hostel - Ilha grande is located in Abraão in the Rio de Janeiro State region, 3 km from Palmas Beach and 100 metres from Sain't Sebastian Church. People are friendly and we’ve got air conditioner in the rooms. The best hostel that I’ve been. It’s has a very good value 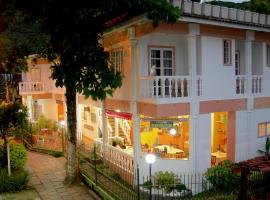 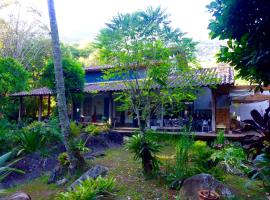 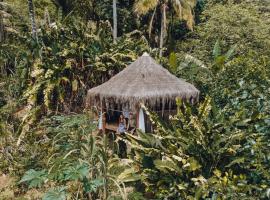 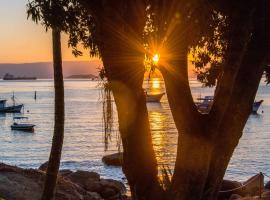 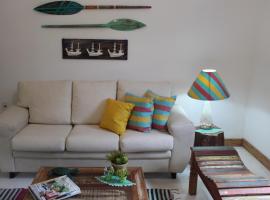 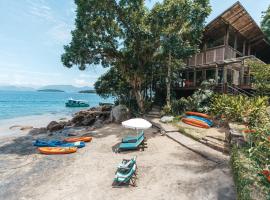 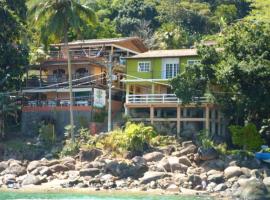 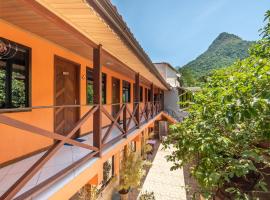 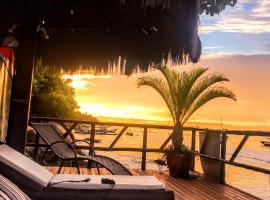 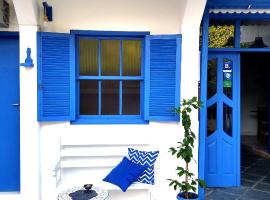 FAQs about hotels on Ilha Grande

A Little Piece of Paradise

An unspoilt island of lush landscapes, pristine beaches and turquoise seas, Ilha Grande sits in the Atlantic Ocean to the south-west of Rio de Janeiro. Popular for hiking, its interior is mainly mountainous and covered in rainforest that is home to endangered species including the maned sloth and brown howler monkey. Offshore, whales and penguins can be seen and exotic fish swim in coral reefs.

The majority of the island is a designated state park, which also means that no cars are allowed, so practically all Ilha Grande hotels are by the beach. Well, we say ‘hotels’, but most of the accommodation is actually in pousadas (or guest houses).

The majority of these are in the largest town Vila do Abraão, beautifully located in a bay protected by green headlands either side. Found here are the state park visitor centre and a small harbour - the arrival point for ferries from Angra dos Reis and Mangaratiba on the mainland of Brazil.

Other Ilha Grande pousadas are located by the stunning Araçatiba, Manguaraquissaba and Matariz beaches on the west of the island. On the northern coast the tranquil beaches of Camiranga, Pouso and Praia das Palmas also have Ilha Grande accommodation surrounded by greenery.