Enter your dates and choose from 1,402 hotels and other places to stay

Inspired by Galleria Milan, one of the world’s oldest shopping center, The Hotel Galleria by Elaf is a great tribute to the distinctive architecture and luxurious lifestyle from Italy. Great stay, very beautiful hotel and rooms. Staff is very friendly

Set in Jeddah, within 5 km of Al Andalus Mall and 8 km of Nassif House Museum, فندق ميراج offers accommodation with a terrace and as well as free private parking for guests who drive. Very big room with very clean and comfort facilities. Fully recommended, especially because of perfect location. 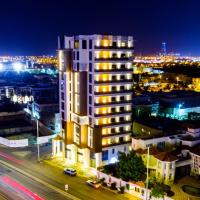 Located in Jeddah and with Jeddah Mall reachable within 5 km, V Boutique Hotel provides express check-in and check-out, allergy-free rooms, a restaurant, free WiFi throughout the property and a... Big rooms and excellent layout Situated in Jeddah, 4.1 km from Jeddah Corniche, The Ritz-Carlton Jeddah features accommodation with a restaurant, free private parking and a fitness centre. Everything was more than excellent. This hotel is one for those who look for standing out and satisfy with no less than perfect. Staf, room, food, service and facilities are all above and beyond.

اكاسا 2 is located in Az Zahrāʼ. Free WiFi is at guests' disposal. Guest rooms in the hotel are equipped with a kettle. At اكاسا 2, every room includes air conditioning and a flat-screen TV. 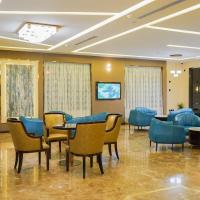 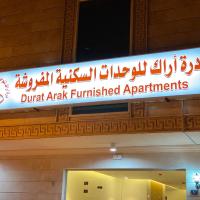 Situated in Jeddah, 5 km from Jeddah Mall, درة أراك للشقق المفروشه features air-conditioned accommodation and a shared lounge. The cleanliness and the hospitality of the staff New furniture and has nothing less than a five star hotel. I will always recommend it to any of my friends or family whenever they visit Jeddah. keep it up 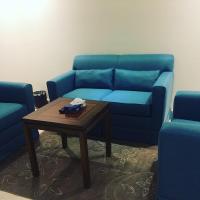 Situated conveniently in the Hera Street district of Jeddah, كلاس هوم is set 5 km from Mall of Arabia, 6 km from Red Sea Mall and 7 km from Floating Mosque. 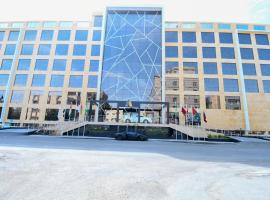 Set in Jeddah, 1.7 km from Jeddah Corniche, عنوان الحمراء offers accommodation with a restaurant, free private parking, an outdoor swimming pool and a fitness centre. Great working in the reception

Boasting a fitness centre and a restaurant, Four Points by Sheraton Makkah Al Naseem is set in Makkah. The property is around 10 km from Makkah Mall and 7 km from Abraj Al Bait. Everything excellent, except shuttle service (should be improved) 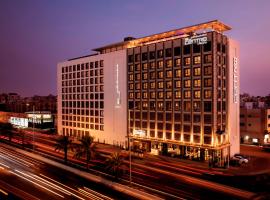 Located in Jeddah, Centro Salama Jeddah by Rotana offers 4-star accommodation with an outdoor swimming pool, a fitness centre and a terrace. The location is near to the airport the sea ( cornaish) , malls, main roads, -Parking in the... 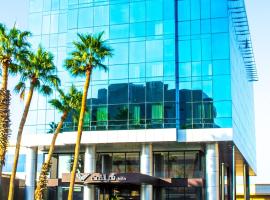 Set in Jeddah, 5 km from Jeddah Mall, Velvet Hotel offers accommodation with a restaurant, free private parking, a fitness centre and a shared lounge. Perfect staff - just what we needed before leaving for Hajj Hilton Makkah Convention Hotel, only moments from the Haram, offers majestic views and is close to the Sacred Mosque. Our location is convenient to exploring the Holy City of Makkah. Near to Haram. Beautifull place nice and clean rooms. Very friendly staff 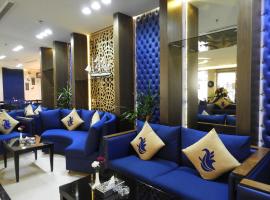 The Swiss Blue Hotel is located in Jeddah, in the Zahra district, Abdullah Kazim Street, which is located on Prince Sultan Road opposite Salama Center and next to Zahra Hospital. Bed was quite big fr one person. room layout and furniture perfect. 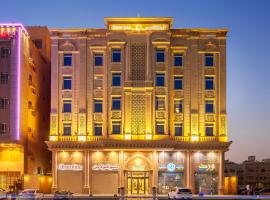 Western Lamar Hotel is set in Jeddah, 2.3 km from Al Andalus Mall. Guests can enjoy the on-site restaurant. Free private parking is available on site. My stay was good. The Hotel is clean and staff are welcoming. 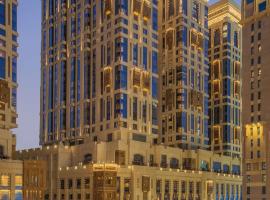 Jabal Omar Hyatt Regency Makkah is situated in the heart of the holy city of Makkah. The hotel is just a one-minute walk to Al-Masjid Al-Haram. Guests can enjoy free WiFi throughout the property. Near to haram. Best breakfast spread! Flexible for late check out..really appreciate that! 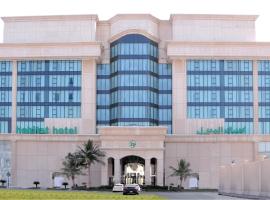 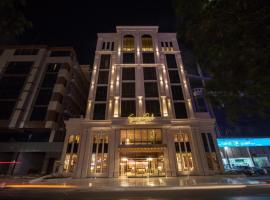 Seasons Park Hotel features a restaurant, outdoor swimming pool, a fitness centre and shared lounge in Jeddah. It was one of my best staying in Jeddah, the hotel is amazing and the staff are friendly, its clean... 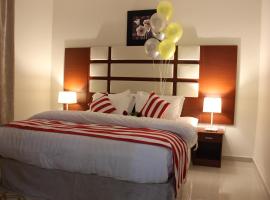 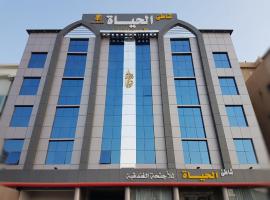 Situated in Jeddah, 8 km from Mall of Arabia, Shate Al Hayat Hotel Suites features a shared lounge and views of the city. The property is new and clean and the staff are very helpful and friendly.

Set within 8 km of Jeddah Mall and 9 km of Al Andalus Mall, المنزل الهادئ 3 in Jeddah provides a shared lounge and rooms with free WiFi. True value for money Hotel is new to date and hence furniture etc all r new.

Featuring a bar, terrace and views of city, Remaj Hotel is located in Taif, 3.1 km from Jouri Mall. In my opinion..the hotel is five Star Hotel. ⚘⚘⚘ 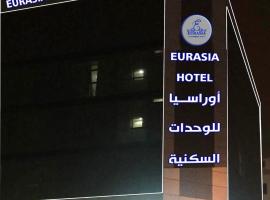 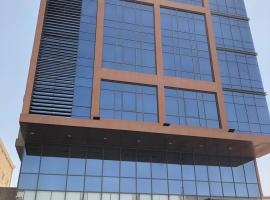 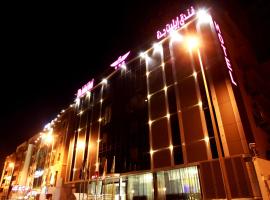 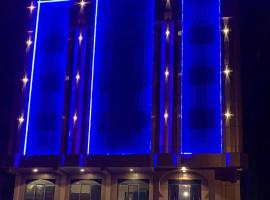 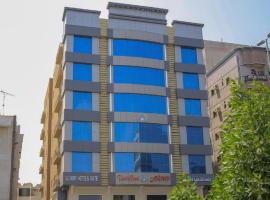 Set in Jeddah, 8 km from Al Andalus Mall, The 40th Pearl Hotel Suites offers accommodation with a restaurant, free private parking and a shared lounge. One of the best appartement i have bookef 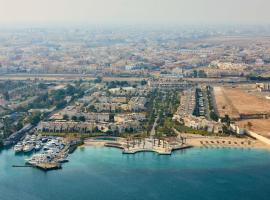 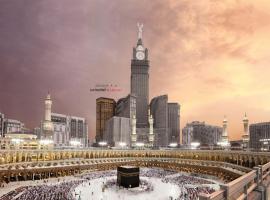 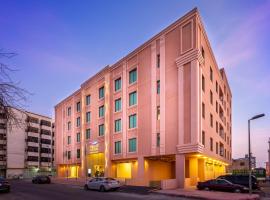 With the largest population in Saudi Arabia, the Province of Mecca is located in the west of the country, reaching until the coastline of the Red Sea. The Holy City of Mecca is its capital, while Jeddah is the most populous, and the main port of the country.

Mecca is the city that every physically and financially able Muslim should visit once in a lifetime for the Hajj pilgrimage. The Masjid Al Haram Mosque houses the holy shrine of Ka'bah, in which direction all Muslims kneel to pray.

That makes the hotels near the Ka'bah a very popular accommodation. The last decades have seen a great increase in Mecca hotels located close to the Haram. These include luxury accommodation, shopping malls and other services.

Another popular destination is the Wa'bah crater and lava fields, 300 km north-east from Mecca. The area is an extraordinary reminder of Saudi Arabia's geological past, when Africa split from Arabia.

Don’t miss the deals on Booking.com for accommodation in Mecca Province!

« »
Close calendar
To provide you with the best experience, this website uses its own and third-party cookies for technical, analytical and marketing purposes. By continuing to browse our site, you are agreeing to our use of cookies. Please consult our cookie notice for more information. Close
gogless
1081120,1099630,1113740