Due to the current situation related to the coronavirus, we understand you may need to change your travel plans. To get the latest information you can contact the property you have booked to check if they can accommodate you. You can also visit our Help Centre for support with making changes to your booking.

Please be aware that due to the current circumstances, it may take us longer than usual to respond to any queries you send us. We thank you for your patience.

Find the perfect place to stay in Vienna

Find a great area to stay in Vienna

Including tips for the best time to visit Vienna

Brimming with imperial palaces, endless architectural gems and a trademark café culture, you'll never be short of things to do in Austria's charming capital.

The historic city centre is a designated UNESCO World Heritage Site and is often referred to as an open-air museum. Ringstrasse boulevard is dotted with beautiful buildings including the Rathaus (town halll), the Spanish Riding School and the Hofburg Palace. However, the best place to take in the city's signature sights is in the MuseumsQuartier – a collection of captivating museums, cosy cafés and bars housed in former stables. Highlights include the MUMOK, Leopold Museum, Kunsthalle, Architekturzentrum and the interactive children's museum Zoom.

Take in the unique atmosphere of the city's coffee houses at Café Schwarzenberg, the oldest café on the Ringstrasse, which serves typical liver dumpling soup and apple strudel. There's also Café Central, where famous figures such as Leo Trotsky and Sigmund Freud would socialise. Afterwards, take a trip to the Riesenrad for some great views over the city. This age-old Ferris wheel rises to 65 metres and takes around 20 minutes to complete a rotation.

Vienna International Airport is situated just outside the city limits and can be reached easily by train, bus or taxi.

Points of interest in Vienna

Stay near the top sightseeing spots in Vienna

Inspiration and insider tips for what to do in Vienna 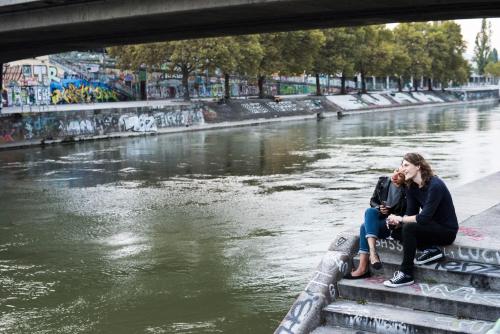 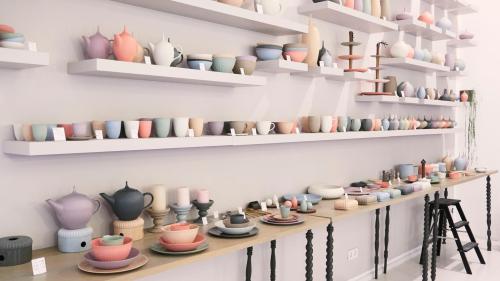 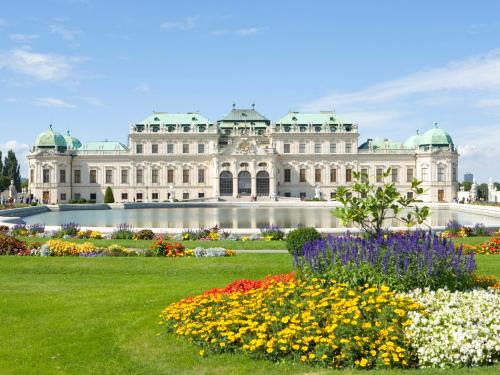 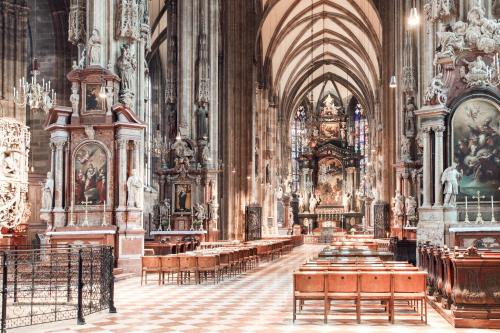 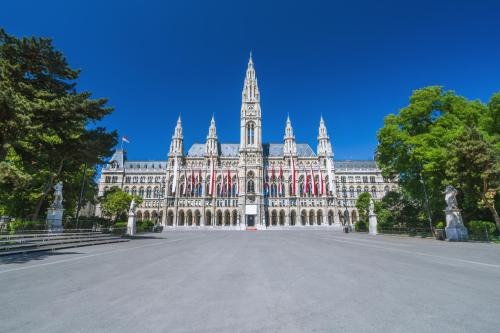 What other travellers say about Vienna

Spanish Riding School, especially the morning exercise. The Ferris Wheel. Palais Palffy for a concert - really good fun. Hotel Sacher - for the Sachertorte, worth it! Big Bus is good way to get around and you can hop on and off.

We were initially disappointed because the coronavirus emergency had forced the closure of museums and galleries. However, this meant we ended up exploring much more of the city than we might otherwise have done. The city is simply beautiful, we were lucky with blue skies and golden afternoon sunshine which showed the cream and white architecture at its best. The old town is full of wonderful churches and lovely cafes, plenty quiet spaces to stop and relax before setting off again to explore further. The transport system is easy to navigate. Buses, trams and the subway all use the same ticketing system and each individual trip is very cheap at 2.40 Euro. I would recommend a trip to the Zoo, it's huge and the variety of animals is amazing. All looked very well cared for.

Given the fact that all galleries and large venues were closed due to the novel corona virus, it says something that I managed to amuse myself wandering around just looking at the building from the outside. Plenty of good parks too.

Enjoy wonderful museums, the best art, and architecture. The Leopold museum restaurant opens until late and has a lovely menu catering for different diets and tastes. The state art gallery is so ornate, wonderful for coffee as well as art. Easy city to walk / navigate around. The market seĺls a great range of products including lovely food (including Vegan) and ceramics. Please avoid the riding school -horses do not naturally do those movements, think of what they are put through to perform. The horse and carriages -it is so cruel to make them work in all weathers including 30c+ and often in hectic traffic speeding as they go at a slower pace next to it.

Lots of very good art galleries and museums. Good public transport links. Easy to get vegetarian food even in restaurants that were not specifically vegetarian. The airport bus was reasonably priced and got us to the city centre in about 20 minutes.

Even though Vienna was "shut down" due to the Corona Virus I, personally, found lots to do. Lots of walking and visiting many places I probably wouldn't have done if the museums were open. All in all I had a great time "wandering around" finding unexpected treas around corners

Popular places to stay in Vienna

Stay in some of the best accommodation Vienna has to offer

Other accommodation in Vienna

Choose from a wide variety of places to stay in Vienna

Sign in and leave a review
End of dialog content
« »
Close calendar
To provide you with the best experience, this website uses its own and third-party cookies for technical, analytical and marketing purposes. By continuing to browse our site, you are agreeing to our use of cookies. Please consult our cookie notice for more information. Close
gogless
1077860,1081120,1092310,835220,1093230